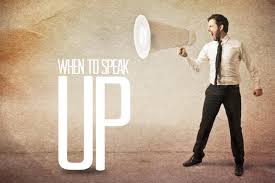 Today for me took a surprising but welcome turn.

Arriving in Australia during the eighties was really a bittersweet experience, I fell in love the moment I stepped off the aeroplane that love has never left me.

I had to endure some unexpected pain, one was that I was a POM and viewed suspiciously and second because of possessing a gregarious character I was not shy about expressing my views, something at the time was seen to be unacceptable in certain quarters and considered arrogant although personally I did not see it that way at the time.

Over time the lessons learned were to teach me to be more circumspect in certain situations although my career has involved holding several leadership positions both here and abroad have meant stepping forward even when others have not held the same mind.

As today the subject of leadership is under constant discussion it begs the question ” When is it appropriate to step forward and take responsibility even in the face of a wall of apathy”.

In the latter stages of my career in my own consulting company, I increasingly became involved in the advocacy of the development of People Skills. The reasons for the move to specialise in this area came from firstly my work in the field with various businesses and secondly presenting to students in various institutions.

What I was witnessing was worrying conversations all focused the on the subject of innovation and technology from government and our universities totally ignoring the role people would play in our future.

Attending many briefings and presentations I formed the impression decision makers were myopic when confronted with the challenges and many adopted that famous “nodding dog” syndrome as I walked away convinced they had no intention to take any action whatsoever.

My concern intensified and to be honest almost became an obsession to try and convey the message that an urgent review was required regarding strategies to increase programs on the teaching of People Skills. Repeating my mantra on every opportunity that appeared I know some people saw it as overkill and avoided close contact if possible. ( I do not lay blame on them, I was rather belligerent in my approach).

For about three years I carried on a quest for people to recognise the need to take the issue seriously, oblivious to the fact I was not earning money from my endeavours and hurting my family. Finally arriving at the start of this year I had to accept the fact my efforts were not getting enough traction and I would remove myself from the role of advocacy.

Strangely enough at the very point, I was about to press the button to withdraw from the heat of the battle I was kindly invited to a business lunch concerning the future of work and the speaker was to be the head of Microsoft in Australia. From the moment the invitation was received I knew my task would be to once questions were thrown to the audience I would ask ” What is the challenge we face going into the future for maintaining People Skills”. To be fair his answer seemed genuine and that he felt this was a major issue going forward. Although buoyed by his response I felt it would not affect my decision to withdraw from the fray.

Several weeks have elapsed since that lunch and I have begun to engage in other projects ( still involving people issues but not my previous passion).

That is until last night (Good Friday) when an email dropped into my inbox from Linkedin, here was the headline:

In a survey of business leaders conducted by Linkedin, 4000 respondents commented

The Number one Priority for business in 2018

The Development of People Skills