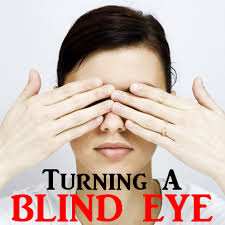 Some weeks ago in a period of reflection, I thought I had made some hard decisions about ending my future involvement in the advocacy and teaching of improving people skills in our society. My focus up to that date had mostly concentrated on preparing students entering the workforce from university, additionally assisting companies with issues concerning people.

My rationale for this decision was despite over a long period, efforts to alert various communities to the dangers of ignoring these skills in favour of the growth of technology, I felt my message was not being effective.

In hindsight, my expectations were probably not realistic, a single practitioner without a degree or Ph.D., engaging, in his one-man crusade, ( although I should not wrap myself in a blanket of self-pity as I know there are other dedicated individuals out there attempting similar feats.) My only weapon was a career working and keenly observing people over thirty years) but probably not sufficient to break down barriers that exist.

My argument has always been that in a world of serious change and flux. our ability to adapt, maintaining and building certain critical skills for our future is essential.

Whilst Australia can be accredited with so many brilliant achievements in our history the inability to tackle major issues at home is still our Achilles heel.

This seems to be the case regarding education from primary to adult learning where we cannot seem to get agreement on how we should proceed in meeting the challenges before us in an ever-changing environment.

A case in point is in recent days exposed by David Gonski ( An Australian education expert) in his latest report on the question of how we teach our children into the future as our national standards are alarmedly deteriorating against world benchmarks.

This not only applies to schools but includes other institutions such as some universities, business schools and business organisations who have been slow to react to, what and how we teach, manage in such a continuously changing environment, One can express some level of sympathy due to the maelstrom of change we are seeing in the world today but what cannot be forgiven is apathy, sooner or later the of lack vision. eventually becomes evident.

Whether the gurus who advocate our total devotion to the notion that all our efforts must be directed to technology and innovation, like it or not our society is predicated on the basis of people interacting they cannot ignore or deny.

My comments should not be seen as some sort of intent on smashing or halting progress (A Luddite)* quite the contrary it is a view that when we adopt thinking of a very narrow nature vision is lost and repercussions occur. It would be naive in the extreme to deny there many other issues that need our attention but when it comes to people it is fundamental to how we live and work.

It is not as though we are not receiving strong signals about the need to address issues.As explained in my field I have continually expressed concern that our lack of focus in developing people skills has been sacrificed to the current overwhelming push to teach technical skills such as S.T, E, M**. Which is a sound strategy as per of our future needs but without acknowledging that we have to strike a balance with other tools which are part of our overall society’s development?

Another example comes in the form of the release of a survey this week and video by the head of Linkedin, Mr Jeff Weiner. His company surveyed over 4000 organisations around the world, the results revealed that the overwhelming respondent’s concern was that there is a severe shortage of ( soft- people skills) available in the marketplace and is unlikely to improve into the future unless we take action. This comes on top of many other reports released by other respected entities e.g. Deloitte, sending the same message.

My instincts tell me no matter what small impact I may personally have regarding this issue, now is not the time to leave the stage, it too important to let go now!

* Definition of a Luddite