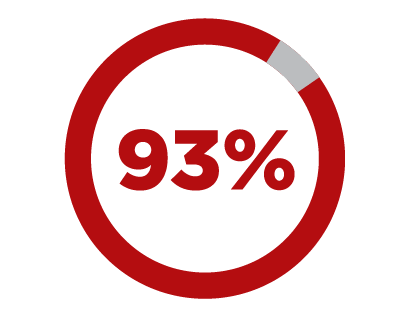 The above statistic comes from a recent survey of over 50,000 Australians conducted by the A.B.C. entitled “Australia Talks”. It took the form of a series of questions about how we feel about life in our country.

Of all the responses received the number one issue that unified the population was revealed to be “Australians believe we should show more respect to one another.”

Having been on record as saying the consequences of the Global Financial Crisis debacle caused damage to our society in three ways. It has had a significant influence on respect, relationships and trust.

We have never fully recovered from those traumatic events and we struggle to arrive at solutions to reinstate satisfactory levels of these values.

The culprits could be identified as, generational, general change, and alterations in social norms.

One of the stumbling blocks to recovering from the decline in respect is our seemingly inability to engage in civil debate around matters of which we disagree. Today we live in an environment where if someone holds a contrary opinion, they are not able to exercise that right due to abuse from an opposing view.

Listening is becoming a lost skill and reflects a loss of respect for one another.

It is a massive indictment of the parlous position our society finds itself, following our previous impressive record of being recognised the world over for being fair and balanced. The concept seems inconceivable that it is necessary to educate people, to be more respectful of others.the truth is it is our living reality.

One would suspect popular sentiment would suggest a call for leadership from the government and other institutions should be responsible for generating a need for action.

This possible reaction would miss the point; only a significant behaviour change by individuals would have any prospect of success.

The positive message from the results of the survey suggests that Australians are concerned and uncomfortable with the altered paradigm. That has developed and craves for a rethink on the issue.

If we have any chance to step back from the brink regarding improving respect among us, the sentiments recently expressed have to be turned into action, which is an entirely different challenge.