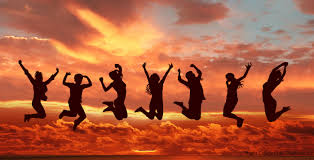 I have to admit the release of the annual World Happiness Index has tended to leave me underwhelmed, not believing the data reflects how we live here in Australia.

This year I approached the results differently due to a chance meeting with an overseas visitor, one week earlier prior to this year’s release.

The top-ranked nation in 2018 was Finland followed by Norway with Australia placed in the ninth position, not a bad outcome given the state of the current environment in the world today.

And so to my chance meeting:

My Saturday morning usually consists of coffee at a local beachside café, a walk along the beach and a swim in the ocean for my dog “Rocky”.

During the course of my beach walk, I encountered an Irish lady, visiting relatives from her current home in London and had a brief conversation.

That morning accidentally I was wearing a t-shirt emblazoned with the word “Paradise” across my chest, in that magical Irish brogue she pointed to the slogan and chuckled “ This certainly is” and she followed up with the rejoinder “You have it all here”, she went on to say, it was not only the views that captivated her imagination but also our way of life.

Continuing my walk, I reflected on what she had said. Yes, this stranger’s observation was so accurate, but how does the individual quantify happiness? There could be many different answers to the question, from the amassing of wealth, career, status or just wellbeing.

One could point to the global changes and events that have taken place over in the past three decades, they have had a profound effect on people’s attitude to life but it seems quite unfathomable in our case how we as a nation don’t seem to be happy as we once were but in reality should we be surprised?

An automatic nationalistic reaction to any criticism of our national standing defends the position by citing the phrase “We live in the greatest country on the planet”, there is some truth in the statement but avoids the reality  the world continues to rapidly change and we have not been immune from those changes, affecting our way of life. The notion we can mindlessly recite this mantra ignores the fact our way of life has significantly changed and our stubborn resistance to accepting the fact.

The words of Donald Horne in his book “The Death of a Lucky Country” now appeared prophetic, warning us of the likelihood of things to come, although we continue to ride the wave of economic prosperity fuelled by China’s meteoric rise.

The march of Globalisation has been a double-edged sword, opening up new markets for our exports but at the same time consigning industries to other cheaper offshore locations. The latter unfortunately coming as a major concern to the population with politicians not able to “sell” the proposition to the average Australian, who still remains unconvinced it is in their best long-term interests.

Changes in public sentiment can probably be traced to events such as the 2008 Global Financial Crisis which crushed the traditional model of trust and the founded relationships that had existed between our institutions and people.

We until that time had been riding the economic wave with gay abandon, life had once more become comfortable and the feeling out in the street was the good times would roll on and never end.

The proverbial “fat lady” had uttered her last note and the music abruptly stopped, sheer disbelief gripped the land and the world for that matter.

The amount of acrimony and recrimination was almost immediate, the mood of the nation was palpable, as we searched for the perpetrators of this heinous occurrence. Perhaps we were a little short-sighted and were perhaps guilty of not looking closer to home for answers and failed to admit to ourselves we may have also contributed to this outcome.

History has shown that downturns are not uncommon in the world of financial systems and in time they recover but in this case, new elements were introduced with even more far-reaching implications for the wider society and general happiness.

I think it would be fair to assert that the birth of the digital age has greatly influenced our national discourse and of course not only here but globally. It has changed the way we interact with one another and its intention was to open dialogue as an avenue for more public expression.  It was launched with the idealist thought it would lead to a better world creating more fairness and equality amongst people.

The reality is It is proving somewhat different, a catalyst for the growth of an isolationist culture bringing forth deep divisions in our society with the exclusion of facts replaced with ill thought out opinions further reinforced by a rather ugly bullying mentality being practised. If a person’s views do not coincide with the other party ’s.The sad fact is no boundaries exist or likely too to moderate the effects of such behaviour. What we have given birth too does not augur well for a harmonious future environment not only here at home but throughout the world.

Evidence of further fragmentation in our society can no better be illustrated as the unhappiness being expressed by the baby –boomer generation. In the last couple of decades, they have witnessed the deterioration of the principles they have staunchly guarded and defended, many stubbornly refusing to make changes in line with modern practices.

For many, this time is a total anathema to how they have lived their lives. Bewilderment at the speed of change and knowledge in the application of new technologies have left them stranded and in serious conflict with other generations. Our expected retirement scheduled to be in 2023 may herald a new dawn with the different skill set of the incoming generations although their deficiencies in terms of people skills need attention.

What has compounded this situation is the role of what is commonly called “ The Fourth Estate” otherwise known as “The Media” a collection of Journalistic mediums who have taken the opportunity to seize on the public’s seemingly unquenchable appetite for any scrap of news available. Their ability to create discord, fuelling the fires of people’s anguish and frustration. Their modus operandi operates on the principle of the “public’s right to know” which is fair enough although we have witnessed sinister motives more to do with profit, power and control than helping to rebuild a better society for Australians.

As we stand in the early part of 2018 it appears we are not remotely close to finding the elixir that we need to take to rekindle our once renowned national happiness. I do not think is an unreasonable assertion to comment that the utopia we have known is lost forever although by world standards we are pretty well placed.

The argument we should bind as one throughout our various communities does not stand up to scrutiny although one can observe some individual efforts to keep that ethic alive.

It can’t have gone unnoticed that we as Australians only pause for how grateful we should be on two occasions throughout the year, Anzac Day and for a good proportion of the population Australia Day. Those days apart we engage in an ever daily ritual of complaining how bad our lives are.

The number of complex issues swirling around the globe makes it almost impossible for a single person to have an input and make a change.

Given we now seem to live in an individualistic society where we expect all our needs to be met instantly, we might want to look at the problem from a different angle. Maybe we should be asking ourselves the question “What truly makes me happy”? Taking the time to really examine what are the things that can give us a different perspective to the one as a country we currently own.

Being pragmatic it is probably unrealistic to believe it can once again be revived and we are trading on fading memories in an effort to face the reality sections of our community are unwilling to face.

It would appear from the outside looking in. Australia ( given my short interlude with the “Irish” lady) is still looked upon as a magical place to live although this should not be taken as a signal to hide under the bed covers and ignore our issues.

We must pin our hopes on that the emerging generations learn from the mistakes we have made and strive to develop a more compassionate society where our happiness is so vital.

My final comments on this issue are perhaps as individuals we have been looking in the wrong direction for solutions.

We need to look to within ourselves to find what satisfies our needs and attain some level of happiness which allows us to lead fulfilled lives and at the same time contribute to society in a meaningful way.