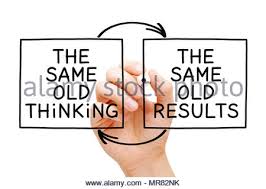 A few weeks ago I got a little upset with myself as I felt I had been a little “slack” when it came to posting my views on people issues and leadership. I then decided I would make a bigger effort and prepared to compose a new message.

Sitting at my laptop unable to find any tangible thread, it struck me what I was about to do was to regurgitate what I had said many times before, really pointless. It had very little prospect of making any sort of impact and difference as thinking my perceived currency was quite low.

I am not alone in my purgatory, I see with increasing regularity posts by well-intentioned people who express their views on current day leadership alas I do not see much progress in figuring out meaningful answers and direction.

So it would not be unreasonable to ask WHY?

It seems our interpretation of what leadership looks like today is all over the place, perhaps in this new age of mass communication we continually call and crave it, but only will accept it on our own terms.

The gaps and divisions that now exist in our society seem to make it impossible to agree on an acceptable solution, maybe the passage of time will resolve this dilemma, as older generations fade from the scene and new thinking takes over. This also has its dangers because we will lose some valuable knowledge and wisdom which is still relevant today.

To alleviate my personal torment I recently have been engaged in researching and producing a series of presentations and workshops surrounding the Antarctic explorer Sir Ernest Shackleton and his efforts to reach the South Pole which began in 1914.

There can be no doubt those times produced a range of leaders with a spirit of Deering do but it has to be acknowledged they all had a large dose of ego fuelled by their respective countries and madness in their respective souls.

Shackleton was not an exception, a failed businessman with a huge belief anything was possible he possessed a charismatic demeanour, he became obsessed with reaching the Pole.

I have admired him from afar for many years without doing any sort of in-depth research, that is until now, what that revealed is maybe the key to our tortuous modern-day search for leadership.

There is no doubt he made mistakes as history testifies, so did other great leaders in their time but his great redemption that he acted with purpose. As the story goes, when his ship became entombed in the Antarctic ice his diaries reveal his every waking thought was the welfare of his crew. His sense of optimism, awareness and earned trust, were some of the keys to their survival (having been marooned for over 500 days) seemingly without the prospect of being rescued. Holding together 27 men with their individual character traits would have been a herculean task.

Here I believe it our problem, we spend an interminable amount of time talking about the issues without action. We seem reticent as a population to take that leap of faith in attempting to cure our ills, as the quotation goes “physician heal thyself.”

I do not offer the Shackleton example as a panacea to our problems, after all the circumstances he found himself in were quite extreme, but look around, the environment we are currently embroiled is pretty ugly and has the potential for even further deterioration

It cannot be underestimated the complex nature of those forces, issues that were not considered in the past, equality, diversity and consultation are now key elements in the design of any proposed model.

Maybe our salvation will come from a growing number of individuals who recognise that if we continue to tread this path it will bring us further problems. May sound a little idealistic but one only has to gauge the landscape to see the growth of people power in our societies changing behaviours and practices and are unwilling to accept the methodolgy of the past.

For future leadership models to be successful they have to have in their epicentre the best interests of people, maybe we have tended to forget that in recent years, trading them instead for political expediency personal and economic gain.

Of course, there will always be individual acts of leadership, people will step forward and emerge as great potential leaders but for that to happen we are obliged to conduct honest conversations with ourselves, concerning what outcomes we seek and how we might get there.

On a closing note, it is remarkable that for an event that occurred 104 years ago, we can still extract value to assist us to show how we might handle the future.