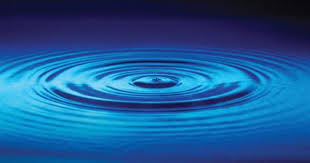 We live in a time of extreme confusion and instability, the reasons for this are extremely complex, several interacting external and internal issues contributing to this rather unsettling state we find the world at this moment in history.

The many positive developments that may be occurring in this country and others are seemingly swamped by a blanket of negative sentiment created by a mood and backlash of populations probably on a scale never previously encountered.

Having just returned from a trip to Europe I was able to witness first hand this contagion which is gripping many countries. I would suggest this dark mood is as serious as it gets, not being able to name another since the end of hostilities in 1945.

Profound divisions exist both politically and economically it is impossible at this time to estimate a way forward that can see a future of connectivity and prosperity for some nations.

Returning home it has reinforced my long-held belief that for us here in Australia it is a matter of perspective.

It must be said that we also face similar serious challenges to the rest of the world, we have not been totally immune to the overwhelming changes that are taking place including structural, political and social in the past ten years or so. One can produce an inexhaustible list of the factors that make up how we have arrived at this point.

Our reality is, no one is going to come along and wave a magic wand and fix or solve our problems, not the government, state or federal, so-called economic pundits and commentators, all are searching for that magic pill that can cure what seemingly ails us.

The level of dissension, disenchantment is so alarming amongst sections of our country it really calls into question what we believe in, or what we perceive is worth striving for.

I make no apology for repeating my oft lamented message that only people can manage to work through this with a reasonable degree of possible success. For all the wonderful advances in technology, the fact remains it is only when there exists a common bond in place things happen.

For this to occur Australians need to engage in a degree of a perspective of our own position, we cannot expect to make any significant progress in creating a more sustainable future for ourselves and families until we tackle this.

The obstacles to any solutions are not insignificant and will not evolve quickly:

The Baby Boomer generation ( of which I am one) have lived during a period of mostly prosperity where the pace of change has not been as brutal as it is today. For many the deluge of change has been overwhelming, experiencing challenges to our value system, erosion of confidence in traditional institutions together with difficulties in the adoption of burgeoning technology development.

This has resulted in a major shift in how we perceive the world today and into the future. The consequence of all of this has led to a high degree of resistance and personal outlook which might confront us in the rest of our lives. Mainly still holding the reins of power these attitudes are having a considerable effect on the nation’s physic.

Sadly I would suggest there is no possible prospect that this attitude will change until many reach retirement age and beyond, the signs that the gap between acceptance and our new reality is too wide to repair the breach.

It is hard to deny that our population is not going through a very difficult transition many traditional industries either closing or transferring their operations overseas. This, of course, adds to the burden of daily living for many Australians.who find themselves locked into poor employment prospects and leaves them extremely exposed and vulnerable.

This situation could continue for several years and somehow our society will need to support people as best we can. As proof of this, we are still coming to terms with the effects of the catastrophic events caused by the Global Financial Crisis almost a decade ago. Many parties still struggling to get their lives back on track after taking serious collateral damage as a consequence of that disaster.

To support my protestations that we need to adopt a better perspective about our position in the whole scheme of things. that are currently occurring, I would offer the following:

It is widely accepted around the world that we live in a place of such beauty and diversity we remain a destination where if possible millions would re-locate. This is more than evident today as the world experiences so much turmoil in so many places. both economically and with rising conflicts in various countries.

From an economic viewpoint, we are now in our 26th year of consecutive growth. Forecast to realise average annual real GDP growth of 2.9 percent over the next five years – the highest among major advanced economies.

Opportunities which are now being presented to Australia in terms of trade and development have never been greater at any time in our history. The axis of such opportunities has swung our way and if taken can provide us with an exciting future for decades.

Regardless of the rhetoric of older generations, we do have the nucleus of some very talented individuals who can take us forward into the future. They may not possess the ideals of those who have gone before, it is up to us to give them the best skills to be to able perform in this very complex environment which they are now facing.

We have to gain a sense of perspective about our position what we might achieve, currently, in my opinion, we have somewhat lost the ability to see what we have in our own hands.

Unfortunately, I can comfortably predict that this message will not be absorbed by all sections of the population, the divisions of which I speak above are only part of our problems. Other influences constantly perpetrate acts which affect people’s opinions and actions. The advent of social media whilst bringing some benefits to our population has also brought with it a tendency to fuel negative sentiment based on opinions rather than promote a more positive outlook based in fact.

When discussing this subject it is easy to delve into a mode of sentimentality, something we are prone to do when challenged. The reality being we operate in a difficult changed world. Nevertheless, it does not mean we throw away some of the keystones that make Australia so unique.

The key to any success can come from continous acknowledgement of the strength of our society and what it contributes to the world.

Pride should not be to be contained to one day a year ( Australia Day ) the next day we conveniently pack away our flags and bunting until it rolls around again the following year. Our current situation demands much more application to appreciate and engender greater awareness amongst our communities

Realistically this can only happen like ripples in a pool over a period of time. Many different pools frequented by a wide range of people, not only limited to politicians, business but also general society.

It is incumbent for Australians in leadership positions.to examine what are their own personal behaviours and attitudes in promoting a more healthy mindset in our country, It is far too important to be dismissed as something we can’t influence.

Education needs to be utilised to present facts, dispelling fears and myths. The goal should not be an attempt to try and motivate and inspire rather create a sense of self-awareness of what part we can play in developing a more optimistic canvass for a future Australia.

( Ken has launched a series of presentations on this subject and are available for organisations who may find them useful ).