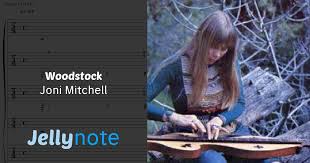 We are fast approaching almost 50 years since the Canadian singer Joni Mitchell penned the now iconic song “Woodstock” it marked a time of change when the world just for a brief moment paused to take stock on what path it might be heading. Of course, that reflection was short lived as those idealist dreams dissolved into the ether and a somewhat different world evolved.

Here is an extract from that song:

“Well, can I walk alongside you

I have come here to lose the smog

Well I feel myself like a cog in something turning

And maybe it is the time of year

Or it is the time of man

And I don’t know who I am

But life is for learning”

Before going any further I should do you the courtesy of explaining why I have such a personal interest in the up and coming milestone.

Firstly, the date coincides with my entrance into the workforce, employed as time clerk, (in a role which I was totally unsuited).

Secondly, it marks over 50 years, working in roles connected with people around the world of which I am extremely grateful, one could never have imagined the path I would eventually take from that start at fifteen.

The sentiments expressed on the fifth line “Or is it time for man” resonate with me more than ever before and perhaps we are approaching one of those times right now.

One of those issues (which I have relentlessly championed in recent times) is the need to examine the relationship between technology and people. Something which has and will have a profound effect on how we live today and tomorrow.

The inexorable march to further develop technologies and innovation is here to stay, no one can or should inhibit its progress but we must not underestimate the effects of its growth and the consequences it induces.

We are witnessing the rapid loss of the ability to communicate with each other on a face to face basis replaced by digital/ electronic means which in my opinion cannot replace some of the interactions required by humans, generally, people skills are in steep decline.

Futurists, gurus and commentators are flooding our heads with opinions that the majority of work in the future will be by robots. Whilst I do not disagree that this will have a significant implication for us on this earth this is a rather fatalistic and fanciful prediction.

A state of hysteria seems to now exist fuelled by the above that the only skills that are important are those involving technology, this is so short-sighted and myopic.

Our societies are built on a myriad of skills being applied including people able to talk. work and live with one another it is purely delusional to imagine a world without this being the case.

What do we say to the millions who are not directly involved in the technological revolution, are they to be cast aside in this new order as they may not possess the appropriate skill-sets are their lives to be either diminished and wasted.

At this point in time, we have chosen to ignore the implications of what is happening. We all share responsibility in turning a blind eye to what has been occurring, this includes government, its institutions, educators, business and the man and woman on the street, plenty of discussions are generated but in my opinion, it is being dumped “ into the too hard basket” an extremely risky strategy

To put this into context this not only affects countries such as Australia with its population of approximately 25 million, this is a global problem. Today as I write this it has been reported India (population 1.32 billion) will have entrants into the workforce of around 1 million a month in 2018, not all will find employment in technology positions and need to find work in alternative sectors, this is especially poignant as the Indian economy is currently experiencing a period of sluggishness. A different set of skills will be required including good people abilities.

There is no mileage to be gained in imagining we can revert to a time when the balance was maintained, that time has gone, destined never to return. Obviously, we need to adjust our methods of education to reflect this new reality. Mass participation is unlikely to happen unless decision makers, wherever they may be, understand that this is one of the most fundamental issues of our time.

As Joni Mitchell warbled all those years ago, maybe it is the time of man (woman) to reflect.In the final line of the quoted verse, she sings “But life is for learning”