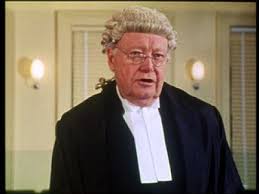 Anyone who is a fan of the fantastic Australian movie “The Castle” will recall the judge in the High Court case giving his ruling he said, “ On just terms” for the hero Daryl Kerrigan to win his property dispute. , If you could please bear with me and I will try to explain why I have arrived at a different interpretation when discussing the state of leadership in Australia.

Staying on the movie theme, I came out of our local cinema the other night after watching “Darkest Hour” about Winston Churchill and the events of May 1940.

A complete stranger turned to me and said:” Where have all the statesmen and leaders gone”? I shrugged my shoulders and walked on.

Only later I mulled over his question and started to give it some thought.

That plaintiff cry for the display of leadership in our society can be found to be heard on an almost daily basis but my honest opinion is it a futile plea, it does not exist in the manner the population once knew, and we are clearly part of the problem and the part of the solution.

One of the things that have emerged in Australian society we have real difficulties in facing our realities of life, the various problems we know exist yet somehow they seem to have been sidelined in favour of less important issues. Until we accept this fact there can be no change.

I will not name any issues specifically because this would turn this into a political article and this is certainly not my intent.

Maybe it is time for us to look in the mirror and have that “Fierce Conversation”* with ourselves to discover why we are witnessing the dramatic demise of leadership.

Without a doubt, we live in one of the greatest places on earth with a record of twenty-six years of continuous economic growth. A record of tolerance rarely matched around the world.

Although it must be said not all have seen the benefit of this largesse and today the surfacing of that anger is plain to see.

From this tremendous gift, our expectations have known no bounds as the good times kept on rolling, never imagining the music would never stop. Our personal and country’s spending has spiralled to record levels in attempts to attain improved living standards.

Capitalism to this point had served us well for decades, until what some may call the adoption of avarice and greed took hold. The blue skies disappeared and threatening clouds engulfed the world.

Well, as could reasonably be expected the music did stop caused by the almost total meltdown of the world’s financial system caused by catastrophic bad lending practices and borrowings by most countries on the planet. Even though in this country we continued to relatively prosper.

It would be wrong to say the erosion of emerging leaders and statesmanship originated here it, has gradually been occurring over a couple of decades, this event would prove to be a historic trigger.

One could see a changing mood here in Australia, one of rancour and division on a level never seen before with equal apportionment of blame directed at politicians and business leaders accusing of them of allowing this to happen, Unfortunately, this discourse continues to this day.

Small mercies that we have not been affected as much as other countries around the world nevertheless the impact on our society has been extremely profound and far-reaching.

It was here at that specific point of time (ten years ago) we can pinpoint the fracture of trust between not just our institutions but also within our communities. Something in the main which has not been able to be repaired and continues to be a blight on our national life. It has to be mentioned that some valiant efforts are being expended to redress and restore trust but it is a hard task in the current environment.

By removing trust we have taken away the key basis of relationships between people and made the job of leadership extremely difficult and in some cases impossible.

The bellicose cries of nationalism that still exists today is a falsehood we continue to perpetuate, does not do us credit at all.

We continue to delude ourselves in the belief we have played no part in the situation we find ourselves in.

Also from a global perspective, many countries are experiencing the same type of leadership issues maybe we have to face the fact only the passage of time will determine the outcome regarding the future of leadership.

A major element to the lack of leadership been seen in this country and abroad can firmly be placed at the seemingly unstoppable growth of technology and communication.

Once welcomed with open arms, the concept of being able to communicate openly and freely has turned into a quagmire as forces have combined to create millions of opinions but not necessarily facts or truths. What we have seen is the creation of deep divisions across society rather than the proud Australian culture we are renowned for.

The reach and influence of the modern day media channels cannot be underestimated. It continues to change the fabric of our society bringing with it a mixed bag of behaviours, opportunities for people to have a voice but on the negative side to others, it has prohibited them from expressing their respective views without being pilloried for holding a different view. I consider this a very dangerous development as it appears a mob mentality is taking hold without any possible means of restraint.

The ability to distil fear and uncertainty are major factors which come to mind when we talk about leadership skills, it is clear modern media and journalism are actively pursuing strategies to invoke the opposite reactions from the public.

This approach has had the effect of creating destabilisation within major parts of the community and increasing levels of mistrust from anyone in authority.

This strikes at the heart of leadership and I am of the firm belief it is one of the main reasons why there has been a reduction in people wanting to take a step back from the fray rather than take a step forward in promoting leadership.

The exception could be local leadership in communities which shows a resurgence it hopefully continues to flourish and grow.

Upon reading this text one might note a lack of optimism on my part that is actually not true. I place a great deal of store that the oncoming generations (the next major change will occur in 2023 when the baby-boomers are scheduled to pass on the baton) will learn we have to evolve a better situation for our society as the path we have chosen is flawed.

I opened with a rather flippant analogy to a popular movie (although I do realise it was used in a different context) but maybe it could apply to these times. Perhaps rather than using the original phrase “On just terms” it could be altered in the case of leadership to “Only on our terms” is how we view leadership today.

Currently, it appears self- interest rather than our collective national interests are taking preference in our thinking.