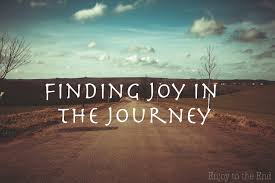 In 1966, at the age of 14, I with a whole nation celebrated as those immortal words”They think it is all over, it is now” spoken by famed soccer broadcaster Sir Kenneth Wolstenholme signalling the end of the game as England won the World Cup against bitter rivals West Germany 4-2 at Wembley Stadium, London. A feat to date that has sadly not been repeated but now at the age of 65 my allegiances have long changed to not only to another sport(A.F.L.) but another country, Australia, nevertheless it was my first early experience of pure unbridled joy.

Throughout their lives most people are able to experience different levels of joy with the bonus of everlasting memories, they can range from the smallest event to a life-changing occurrence or even some regular simple pastimes or activities.

Joy can be experienced by countries, liberation, economic success, winning a sporting competition ( as described above) and such things such as a wedding. Enter from centre casting, Prince Harry & Meghan Markle.

Regardless of whatever views one may hold on the subject of the Monarchy and its relationship with Australia it would be a tad churlish to deny that it was not a great spectacle. It is reported that almost two billion people watched on around the world in a frenzy of joy and emotion rarely witnessed in these modern times.

So why has this event generated so much interest across so many borders, is it we have created global societies which are now so addicted to the notion of celebrity? Or is it a rare opportunity for individuals to escape from the pressures of modern day life with all of its complexities both at home and abroad?

Who could blame people to act this way when fed a daily diet of misery reporting from our media whether it is the plight of the Rohingyas in Myanmar, the Syrian conflict or yet another shooting of children in a school in Texas. I am afraid many react by closing down and try to remove this information from their thoughts not wanting it to infect their daily lives. A rather sad indictment of our world today, but a personal antidote being increasingly used, so the opportunity to feel any type of joy is understandable.

The question I keep asking myself, how can one event such as a wedding, completely release so many, even ever so fleetingly, from the clutches of negativity and some who constantly struggle to find some contentment and seemingly extract joy from their existence.

My justification for raising this issue is simple, it comes from increasing actual experiences meeting and listening with a wide range of people from different backgrounds with the correlation being a loss of purpose. We used to call it lack of motivation but I am of the belief that does not adequately express the problem. People are openly expressing how they are finding difficulty in finding positive elements on a day to day basis in their lives. We should be deeply concerned this trend is strengthening and we need to be mindful of the consequences.

It is not about money, but altering mindsets and applying ourselves to the problem, it would appear that the state of Australia’s mental health is showing some dangerous indicators. One should ponder this”If this situation exists today when we are continuing to ride the economic wave of prosperity, what would be the case if it all stopped tomorrow?” It does not bear thinking about. Cast our minds back only ten years and how close to implosion we came, this near catastrophe should have indicated we needed to reinvent ourselves and methods how to revitalise people, well our reality is a proportion of the population has not recovered to find their purpose.

I have come to the conclusion it is futile to try and lay blame at the feet of any single party. organisation or generation, we have all been complicit in where we find ourselves today through our collective actions. We may have to concede that the goal of reigniting some people’s capability to experience joy has become too much of a herculean task and accept this and what we have created cannot be undone.

In any event, whatever the path we take,  new tools will be required especially in terms of what we define as ” Trust ” which has taken a huge battering in the last decade and shows no signs of a revival. Regaining the ability to listen and better interpret messages we send to each other in our conversations. Recognition for what we have is precious not in a jingoistic manner but in thoughtful reflection similar to our neighbour across the “ditch”.

Of course, it would be a complete fantasy to imagine anything could be accomplished in any short time frame but the future holds opportunity, firstly generational change will take place within five years and secondly the incoming generation strongly favour the development of new thinking in this area, providing we act to halt this alarmingly decline.

People around the world are finding current conditions extremely challenging and are questioning their roles and meaning. Australia with all its many gifts should be leading the way in being the standard bearers of joy. We are all aware we have own issues here at home but I doubt any of us would trade what we have for a king’s ransom.

It is unlikely it can be achieved by authoritarian actions and direction that time has passed with a more populist environment now in place, it will be down to the individual.

This article may be interpreted as trying to deal with what seems an intractable problem which also includes the global community nevertheless we have choices, we continue to focus our thoughts and efforts letting our personal interests take precedence over what has marked Australia’s historical trademark, a joyous and vibrant society. Or we recognise we have to be committed to arresting the slide in people’s trust, morale and outlook.

The immediate road ahead looks treacherous but we march on with the hope the bright light on the horizon will lead us through.