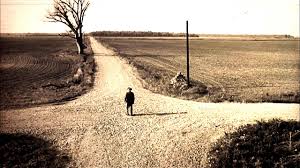 I have just completed a short holiday, just me and my dog, Rocky, we walked every day, and it was genuinely relaxing.

Previously I have used these trips to sort out my emotions, what has been going on in my life and try to come up with solutions etc.

This time my focus was not about me, but the issues we are grappling with at home in Australia and abroad.

Trying to put my thoughts in perspective was difficult because so many alarming facts strung to mind. I tried to balance my views, that in every generation they have made errors that have changed the course of history. On the other hand, every age can claim it has added an element that has furthered mankind’s presence on our planet.

After an extended period, I fixed upon a series of events which I believe has changed how we live and behave.

I hear the cries that capitalism is to blame for our current predicament, well this is partially true. Capitalism has been around for hundreds of years, and to date, no one has been able to come up with a better system. The problem is it has been guilty of abusing its power.

Perhaps the real fact, the pursuit of man’s greed is the culprit.

Going back in time, I believe it was one of the catalysts, we need to examine the period during the era of Thatcher/ Ronald Reagan governments. Both were fundamentally convinced the free market would assist the world. Breaking down trade barriers around the globe would bring prosperity to all.

We know while many people prospered it also introduced elements that eventually would derail the system.

The result was witnessed firstly in the form of the 2008 Global Financial Crisis.

If one studies history, the roots of the demise of some aspects of capitalism can be traced to the passing of legislation in the 1930s. When the US Congress passed a bill entitled the “Glass Steagall Act” which prohibited commercial and investment banks operating together.

Unfortunately, after pressure from banking interests, the bill was repealed in 1999, at that time by President Bill Clinton. Almost ten years before the fateful event.

What followed was unconscionable behaviour which allowed those interests a free hand, with catastrophic events for the globe. Causing the near-total collapse of the world’s financial system.

During this time, Australia had been the grateful recipients of entry into new markets previously not accessible. Additionally, our fortunes were further buoyed by the opening up of the Chinese economy, which has given us opportunities beyond our wildest dreams.

Of course, disruption has occurred due to increased competition from overseas. Many traditional industries have been forced out of business as they have been found uncompetitive in the new environment, causing unease in parts of the population.

The world was awash with money, and everyone took full advantage of this scenario, individuals, corporations and governments saw this opportunity to get ahead.

As we now know, the events of 2008 changed all that. Optimism began to disappear, and a new environment took hold, one of pessimism and foreboding.

The complexity and depth of the “crash”, was way beyond governments around the world ability to comprehend and take action. To the relief of Australia, we were partly insulated due as stated above of the booming economy of China, and we managed to avoid the carnage most other parts of the world suffered.

Ten years on we are still witnessing a wave of anger and discontentment, and the common consensus is to apportion blame. It may be unpalatable to some, but you don’t have to look too far for answers. We have all been complicit in the situation we find ourselves in.

In the world of global politics using the strategy of “fear”, has become the strategy to try and get populations “onside”, blaming immigrants, oppositions, foreign entities for our troubles. Scaring people that their life way of life would be threatened. I think we have conveniently forgotten that other notorious figures from history have used this tactic to significant effect. If you examine all three of the major English speaking countries USA, UK & Australia, voters have elected right-wing governments. Maybe this could indicate this strategy is working.

Left-wing politicians are continuing to promote idealistic policies which are not workable in today’s world. The truth being, the majority of people are much more protective of their own interests than of societies.

In recent years we have seen the growth of nationalism which would appear to create more potential situations even more dangerous than we are currently experiencing.

Our failure in our attempts to solve the most significant issues of our time, such as climate change, environment,equality and most importantly, the mental health of its citizens reflects very poorly on us.

One should acknowledge there are pockets of people who around the world who are trying to make our societies sit up and take notice to try and change behaviours. While this is applauded, on a global scale, it is a drop in the ocean on what will make a massive difference.

So is there an answer to pull us out of this quagmire?

No not in the short term, the reason being, we are engaged in a generational war where both sides will not yield. It is not as though this has not occurred before, history is a testament to that. So why does it feel different this time around?

The total loss of balance on any discussion, where we hold opposing views. One would have thought the introduction of new ways to communicate amongst ourselves would be beneficial. In fact, it has done the opposite and led to provide a platform for uninformed commentary and hysteria.

Media barons fortunes have been revived after suffering the demise of the print industry, these new channels have presented opportunities to reach a worldwide audience. The discipline to provide factual reporting has all but disappeared and, they seem to take great delight in fuelling the fires of discontent.

As a Baby Boomer, it pains me to say this, “this is a battle where we will not prevail, it has only one result.”

The facts are, in a short space of time (2023), my generation starts to face retirement and hand over the reins to the next. The resistance to change, which we have seen in recent years will inevitably collapse, even though there might be merit in our viewpoints.

We have to come to terms that our two value systems are incompatible and the consensus appears impossible.

It is obvious our handling of the change in social practices and traditions are not going well, and there remains enormous resistance to this new era. I could advocate we try and work together, but it is clear we have in the main gone beyond that point.

It remains to be seen if the lofty aspirations of the younger generation can be met and especially in the time frame they are advocating. From my personal standpoint, I am encouraged. Life’s success cannot solely be the result of the numbers on a balance sheet. It is not a crime to make a dollar, but it must be earned with an eye on social responsibility.

To recant the old saying “She’ll be right”, can no longer be the answer, this will take a monumental effort,if we are to change the direction in which we are heading not only in this great country but around the globe.

Ken Wood has had thirty-year career, as a business trouble-shooter and interventionist and coach, he has visited over thirty-five countries, working to resolve a myriad of problems. His story was told in the book. “From Coal Dust to Gold Dust, (The journey of a miners son), published in 2010.
In recent years he has operated as a People Specialist. Assisting business and individuals, he resides in Adelaide, South Australia.