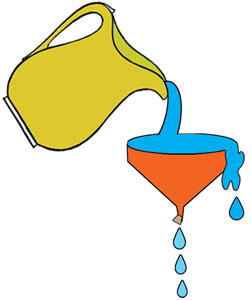 As the days tick over to the end of the year and another decade slips by, we should take the opportunity to look back at the events of the period. More importantly, to consider the future. What are the challenges that may confront us in the future?

The usual mix of wars, disasters and conflict all occurred, accompanied by changes to our lives at incredible breakneck speed.

The deterioration of long-held principles of respect, relationships and trust in one another have been significant casualties during this time.

Such events of the Global Financial Crisis, which caused so much turmoil, could have triggered this behaviour. Together with changes in the way we communicate. Led by the introduction of new technologies seemed to affect how we interacted.

Divisions among the generations continued, much more fierce than had been encountered previously. On one side, the older generations trying to defend tradition and resist change which seemed inevitable. While on the other hand, the younger generations blamed current leaders for lack of vision, thus threatening their futures on the planet. Also criticising governments for exercising little empathy for those people around the world who are struggling due to economic events.

Both sides choose the weapon of fear to convince supporters of either to maintain the status quo or to accept change and the need for immediate action on the environment and social issues in their particular country.

The result has been emphatic with many western populations deciding to elect right-wing governments. Perhaps the older members of our societies not wishing further disruption in their lives as they have seen in these last tumultuous ten years.

Progressive elements failing to understand that if any meaningful change is to be adopted, speed in this instance will not be as they would wish. It is just unacceptable to a proportion of the population. The stark reality they are suffering from change overload and voting accordingly.

So onward to the new decade, here are my opinions and predictions.

One thing is sure; we will continue to experience change as it always has. Still, the difference it will arrive at a much faster rate, even outstripping current levels.

The polarisation between the generations and different groups will continue in the early part of the decade. As time passes, the reins of power will change over on to another generation who will implement their ideas as they see fit. We know from history every generation comes to the table with a raft of their visionary ideas. Let us genuinely believe they can conquer some of the very pressing matters that are becoming a blight on society today.

Technology will continue to astound us and hopefully will bring forth advances for the betterment of humanity.

We have to believe any future vehicle of change will lead us to improved ways to how we live on this planet. The need to convince people we have no alternative but to open their minds to try is not optional.

Finally, on a lighter note, here is my profound prediction for the coming times.

Well, into the next decade, one will no longer enter a fast food outlet and be served by a young person. Instead, one will spend an inordinate amount of time ( like me) trying to order a meal via a box on the wall. ” Wait a minute, it is already happening, and the changes roll on!

Ps, The author of this post, considers himself a centrist with no particular affiliation to any political party or organisation.