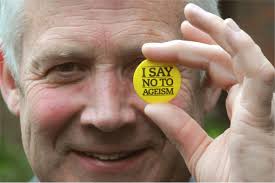 Last week I sat down with a gentleman, a guy of fifty- five who shared his story about trying to secure employment after falling victim to the closure of his manufacturing plant.

After he left I deliberated on his story and to be honest it was held in my thoughts for a few days after the event, darkening my mood.

What struck me was the depth of frustration he was portraying, an educated man with a broad array of experience of skills whose confidence seemed to be ebbing away in front of a complete stranger. My inclination he was living on the edge and losing the mental battle.

Unfortunately, I can recant many similar stories to the above, all containing elements of despair and hopelessness. We need to recognise that we are developing a huge pool of untapped resources and unless we change course, we will be the ultimate loser.

I have formed the opinion this a subject not to be discussed in open forum, rather conversations are held behind closed doors, very seldom an admission from the various parties involved what is really occurring, defending their respective positions.

Undoubtedly this is a rather reflection on how our society thinks today but at the same time is rather comedic It reminds me somewhat of the BBC TV series Fawlty Towers, where the actor John Cleese said: “Don’t mention the war, I think I got away with it”. In other words, we have a major problem but are unwilling to face it openly.

It would be incorrect to just point fingers only at specific parties such as recruiters, companies although many are complicit in the issue, it is a wider societal mindset.

It assumed that once that an individual reaches a certain age their worth to prospective employer’s is greatly diminished totally ignoring that some (but not all) are highly skilled, vibrant and retain the drive to contribute.

Another erroneous assumption is that every individual can stride off into the sunset with a swag of money and can live happily ever after, that theory has seriously been debunked by events and sentiments expressed in recent times.

So why do I hold such views?

In the past decade, I personally have conducted numerous interviews and discussions with organisations regarding the employment of the younger generations. The feedback received has been overwhelming negative citing poor attitudes application and lack of values.Something I believe is grossly overstated and actually, some blame can be laid at the feet of companies not being willing to approach change constructively.

This is puzzling as in a very short space of time (2023) the transition of generations will start to take place. In a world of innovation, we know many companies will operate in an environment of high technology but this will not negate the need for experience and wisdom that the older generations bring to the table.

The solution is staring us in the face but we refuse to consider this option. The likely outcome we will only act when we are forced into a corner and action is essential.